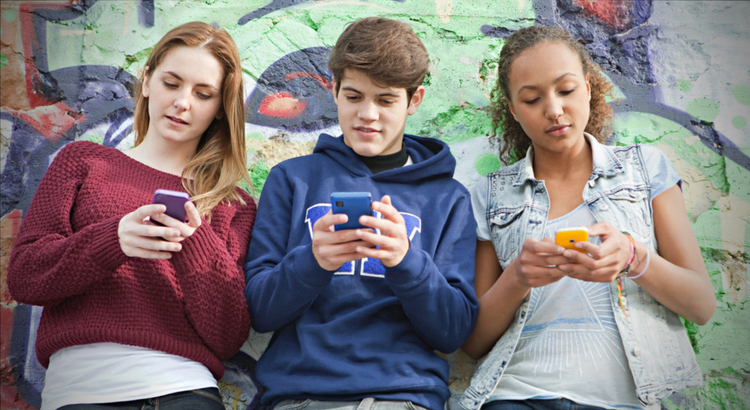 Kids and teenagers are constantly plugged in these days. But despite the fact that they always have their faces glued to a screen, if you’re a parent, you know it can be surprisingly hard to get ahold of them.

Nick Herbert, a father in the United Kingdom, got his son Ben an iPhone when he entered middle school, believing it would be an easy way to keep in touch. But it didn’t go exactly as planned.

Teens Are Hard To Reach

“I still can’t get hold of him very easily as it’s always on silent because he is [playing] games or has been at school and forgotten to turn the sound back on,” Herbert told Good Housekeeping.

It seems Herbert was also aware that his tween son may have just been ignoring his messages, and he wanted to find a way to ensure Ben not only saw his messages but replied to them in a timely manner.

“There didn’t seem to be a solution out there that allowed me to send a message to him, that would override the silent function, appear over whatever he was doing and tell me when he had seen it,” he said.

So, he did what any smart parent would do—he invented an app for that!

Herbert’s app is called ReplyASAP, and it gives parents some serious messaging power.

Here’s how it works: When you send a message to someone using ReplyASAP, it sounds an alarm on their phone even if the phone is on silent. The message appears over whatever else they’re doing on the phone, and the alarm continues until the message is acknowledged. This allows parents to confirm that their child has seen the message, and prompts teens to reply to stop the noise and get back to whatever else they wanted to do on their phone.

“During the development process I spoke to Ben and showed him the designs and thinking behind the app and he likes the idea because he will know that if he gets one of these messages then he will always hear it and will know its important,” Herbert wrote on the ReplyASAP site.

Herbert notes that the ReplyASAP app works both ways, which means teens can also use it to send urgent messages to their parents’ phones. However, he said, “There is a mutual understanding that using ReplyASAP is only for important things and not because he needs new batteries for his Xbox controller.”

The app is currently available for Android while Herbert and Ben test out the iPhone version, which is coming soon.

A Different Way To Manage Kids And Tech Use

Like Herbert, one Colorado father also noticed the hold that technology has over his kids.

But rather than try to regulate their behavior with an app, he wants to keep the technology from ever reaching their hands.

Dr. Timothy J. Farnum is a father of five and an anesthesiologist from Colorado who’s started a nonprofit called Parents Against Underage Smartphones (PAUS) that is petitioning to make it illegal for phone companies to sell products to kids under 13 (or to adults who state that the purchase is meant for a child under 13). Farnum started his crusade after witnessing his young sons’ addictive behaviors toward the technology.

“One of my sons, I took it away, and it was a pretty dramatic, very violent outburst,” he told CNN. “He was very addicted to this little machine. It kind of scared me, and that’s really how it started.”

While some have criticized the group’s efforts for taking the onus off parents, the PAUS website asserts that it is still “absolutely… a parents [sic] right to choose how to raise their child” but that it’s also their right to “try to make manufacturers and service providers accountable for the mess they have created.”

The group states that they “see this issue in the same light as alcohol.”

“It is a parents [sic] right to give a child a small glass of wine with dinner, but it is not acceptable to have children walk into liquor stores and purchase alcohol, nor is it acceptable for parents to get their children drunk,” reads a statement on the website.