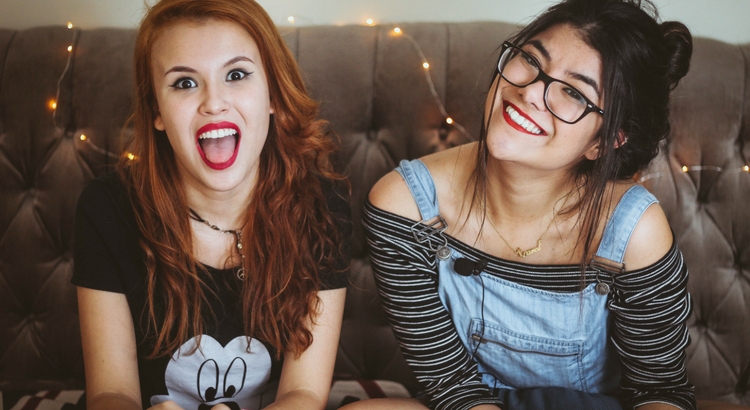 UNITED STATES - We all know Millennials. They’re the resourceful, creative youngsters who grew up with the latest technology and who are big fans of music festivals and avocado toast. Known as a generation of renters, many Millennials find renting more affordable and hassle-free than buying. But that’s not the only reason they don’t buy. At a time when they should be able to focus on their career, settling down and having a family, Millennials are still going through the stress of student loan debts while at the same time struggling to pay rent.

The cost of renting is a huge subject nowadays and a big expense as well, arguably the biggest it’s ever been. We were curious to find out exactly how much Millennials spend on rent before the age of 30 and if it’s true that they’re more rent burdened than previous generations. In our quest for more information, we turned to U.S. Census to shed some light on this topic and looked at each generation’s total income and total rent paid for an 8-year period (from 22 to and including 29 years of age). Specifically, we looked at the median income representative for the ages analyzed, rather than the median income of the overall population, because people in their 20s, with limited experience in the workforce, typically have a lower income than those over 40 who are at the peak of their careers. Our analysis refers to single people paying a median rent on their own, and all amounts were adjusted to 2017 prices.

Our study comes to show that yes, Millennials do carry the weight of a very heavy rent burden and pay a ton of money on rent.

Millennials pay a whopping $92,600 in total rent by the time they turn 30, more than what their Baby Boomer parents paid by the time they hit the same age. It seems that Millennials do put a massive amount of money into renting, but the numbers also show that their total median income is the highest among generations, earning about $206,600 in 8 years. However, they spend 45% of this income on rent between the ages of 22 and 30, which is more than the recommended 30%. In fact, none of the two previous generations managed to keep the rent burden under 30% with Gen Xers witnessing a rent burden of 41% and Baby Boomers of 36%. 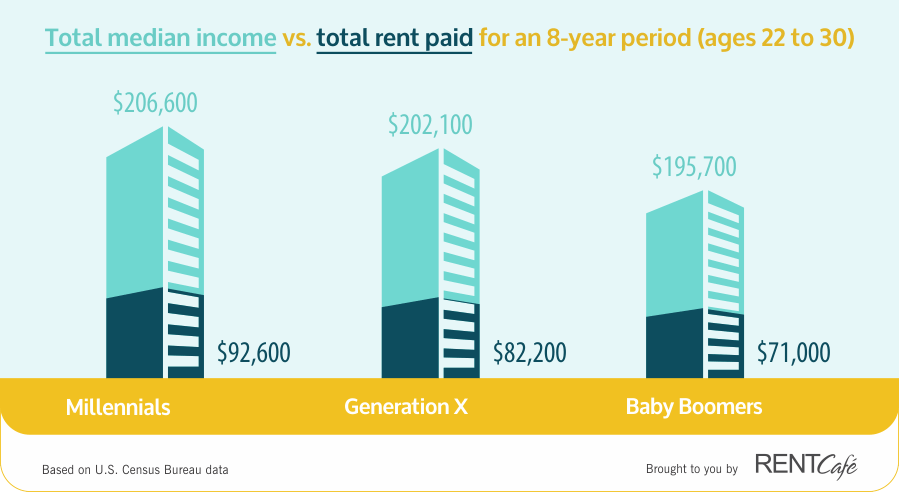 Besides the heavy rent burden, there are several other reasons why Millennials witness such big financial challenges. One of them is the ever-increasing student loan debt, which many economists blame as the reason Millennials aren’t able to buy homes. Millennials do make more money than any other generation before them, but they’re also said to be spending more on things that are not necessarily essential, like Uber rides, pricey coffee or eating out. At the same time, spending habits depend very much on where they live, and as many Millennials prefer urban areas and big cities, this can only result in higher costs.

Millennials earn and spend more on rent than any previous generation

To better illustrate this, we compared Millennials’ income and rental amounts paid before turning 30 to those of the two previous generations.

As for the Gen Xers, they had an income of $202,100, about $4,500 lower than that of Millennials. Some might say that compared to Gen Xers, Millennials have had it easier so far. Given the fact that Gen Xers were in their 30s and 40s when the U.S. housing market crashed in 2008, most of them witnessed the full force of the aftermath. As a result, many were no longer able to buy and were forced to turn to renting. However, if we compare the rental amounts paid by Gen Xers and Millennials between the age of 22 and 30, we’ll notice that the latter paid $10,400 more in rent. An explanation for this could be the rents that have gone up since the housing crisis. 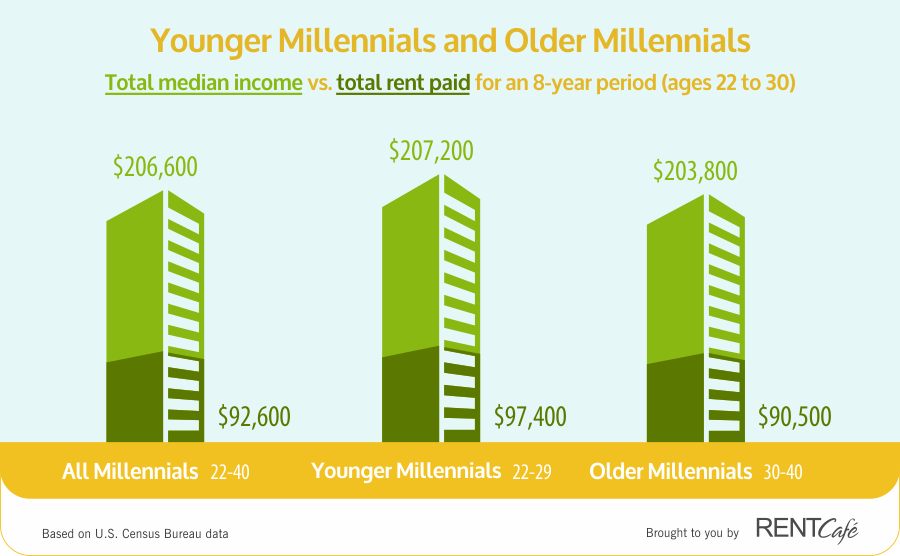 As Gen Zers are starting to look for their very first apartments, they are bound to bring about some changes in the housing market. We’re talking about a highly visual cohort, which was born and grew up in the internet era. Although not very different from Millennials, Gen Zers are more tech-savvy and highly reliant on technology. As a result, their future homes will have to meet their technological needs. Expected to be a more sedentary generation, industry experts say that they will no longer require amenities like swimming pools or fitness centers but computer labs and game rooms. Technological updates are likely to drive monthly rents further up, therefore Gen Zers should expect to pay more in order to get more.

Given their overwhelming student loan debt, younger Millennials may carry on renting, simply because the prospect of buying is not yet attainable. On the other hand, older Millennials are starting to slowly shift towards home ownership. As they are finally catching up with the American Dream, this will surely drive demand for homes for sale. Their lifestyle patterns so far show that Millennials need affordable homes with attractive amenities. As they’re starting to form families, they’ll soon be ready to put their hard-earned money into their own home.

This article was originally featured on RENTCafe.com. We kindly attribute the authors by linking to RENTCafe.com. 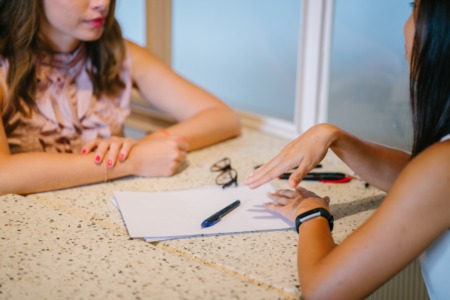 Why Hire a Real Estate Agent

Many people who are buying and selling property ask, "why should we hire a real estate agent?" Some people do a great job ...

Is Getting a Home Mortgage Still Too Difficult?

Potential homebuyers are always cautioned to be aware of mortgage lending standards and the difficulty they might face when ...